How data moves around a network 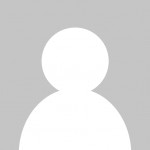 Describe how data moves around a network

A network exists when you have two or more devices that share data. As you saw in the previous unit, a network is composed of many different physical parts that work together to ensure your data gets to where it’s needed. This transmission of data across a network is enabled by a suite of communication protocols, often referred to as TCP/IP. It’s named after the two main protocols: Transmission Control Protocol (TCP), which handles the connection between two devices, and Internet Protocol (IP), which is responsible for routing information across the network.

Every network on the planet shares and moves data every second of the day. This data comes in every shape and size, from a simple message to images, and even the movies that are streamed to your home.

The datagram or packet

Networks exist to help make device-to-device or system-to-system communication easier. Whatever the size of data, it all needs to be broken down into tiny, uniform chunks. These chunks are called datagrams but are also more commonly known as packets.

Imagine that you want to stream a movie to your device. Given the enormous size of the data involved, the streaming server can’t give you the whole movie in one go. Instead, the movie is broken up into billions of packets. Each packet contains a small part of the movie, which is then sent to your device. Your device has to wait until enough packets have been received before you can start watching the movie. In the background, the server continues to send a steady stream of packets to your device just ahead of what’s being displayed. If your network speed slows down, then the packets may not reach you in time. The picture you see might become distorted or blocky and there may be gaps in the sound.

When you want to send a letter to a friend, you’ll first write it out before putting it in an envelope. Next you’ll write your friend’s address on the envelope before posting it. The postal service collects the letter, and through various sorting offices, eventually delivers it.

Networks operate in a similar manner. The message is contained in the packet, like an envelope. Then the sender and recipient addresses are added to the packet.

There are presently two standards of IP address: the IPv4 and the IPv6. The details are beyond the scope of this module, but the most common type of IP address, and the one you may be familiar with, is IPv4. This is made up of four groups of digits separated by a dot, for example: 127.100.0.1.

Just like every device on a network needs a unique IP address, every public facing website has its own IP address. You could use the IP address to visit your favorite online retail store, bank, or streaming video service. But with so many websites available, that would be difficult to remember. Instead, you type the name of the service you’re looking for into your browser and it takes you to the website you want. This is all thanks to the domain name service or DNS.

The DNS holds a table that has the name of the website, for instance microsoft.com, which maps to its corresponding IP address. Your browser uses this to find the actual website in much the same way as you might use a phone book to find a telephone number.

Each time your device connects to the internet, it uses a local DNS server to find the name of the website you’re looking for. If the DNS can’t find the site, it checks other DNS servers. If the site can’t be found, or the request times out, you’ll get an message you’ve probably encountered before: the 404 page not found error.

Using our letter scenario, if your friend was only a few streets away, you might decide to deliver the message by hand. Your friend is within your local network.

However, if your friend is in a different city or country/region, you’ll need to post the letter and let the mail service deliver it. In this instance, the postal service is the router. It takes the message from your network, then finds the best route to get it to your friend’s network for delivery.

Networks are the backbone of the modern world, enabling us to communicate, shop, play, and work from anywhere. They allow access to a vast amount of information not only about ourselves, but also for businesses. That makes networks the prime target for cybercriminals who see information as the new currency. Weak network security risks exposing sensitive critical data and, damaging the confidentiality, availability, and integrity of the data being stored.

Understanding threats is a key part of building a strong security network.

The ways in which networks can be attacked are too numerous to cover here. Let’s consider the more common ones:

In this short video, you’ll see a simulation of how each of these attacks work. For the man-in-the-middle attack, to keep it simple, we’ve chosen to only use one route. With the DDoS attack, hundreds of thousands, or even tens of millions, of computers are used. Again for simplicity, we’ll only show a handful.

A DNS attack looks to exploit weaknesses in the DNS server because they’re designed for efficiency and usability, and not with security in mind. A common DNS attack is DNS poisoning. This is where the attacker changes the IP addresses in the DNS lookup tables to divert traffic from a legitimate site to a bad site that might contain malicious links or other malware.

There has been a growth in Bluetooth devices, from smart watches and audio devices to device-to-device communication. Attacks on Bluetooth networks are less common than for wireless, mostly because the criminal needs to be within range of your device – but it’s still a valid attack vector. A Bluejacking attack is where a criminal sends unsolicited messages to any Bluetooth-enabled device that’s within range of their own. Bluejacking is similar to when someone rings your doorbell and then runs away before you can answer. It’s mostly an annoyance.

Network protection is an essential part of a robust security policy. As you saw in the previous unit, there are numerous ways in which a network can be attacked. There’s no single solution that will protect your network; however, the majority of these attacks can be mitigated by using a combination of hardware and software solutions.

How a firewall protects your network

A firewall is typically the first line of defense in your network. It’s a device that sits between the internet and your network, and filters all traffic going in and out. A firewall can be software or hardware based, but for the best protection, it’s good to have both types. A firewall monitors incoming and outgoing traffic. Using security rules, it will keep out unfriendly traffic, while allowing authorized traffic to pass freely.

Viruses come in all shapes and sizes and none of them are good for the devices and servers that use your network. Cybercriminals use viruses for many purposes, from obtaining user credentials so they can access your network, to more harmful types that encrypt all the data on a device or server unless you pay vast sums of money. Much like your body will fight off a virus when it gets infected, computers can also be protected with antivirus software. When antivirus software is installed it will run in the background, scanning all data that arrives on the device. A detected virus will automatically be deleted to prevent the user from accidentally running it.

You can now get antivirus protection for most devices, including servers, computers, tablets, smartphones, and any other internet-connected devices.

While a firewall keeps unwanted devices from accessing your network, you still need to control the ones that you do want to use it. Network access control (NAC) is a security solution that manages device and user access through strict policy enforcement. Device policies control what can be done on the network and limit what the user does on a device. Through NAC, you can improve security by requiring everyone to use multifactor authentication to sign in to the network. NAC allows you to define the devices and users that can access network assets, reducing threats and stopping unsanctioned access.

Split your network into parts

Every room in your home has a different purpose, such as the kitchen, lounge, dining room, study, bedrooms, and bathrooms. You can control access to each of these rooms by attaching digital locks to all the doors. As a guest arrives, you can grant them a key that permits them to use specific rooms in your home. You can do the same kind of thing with your network using the concept of network segmentation.

Network segmentation creates boundaries around critical operations or assets, in much the same way as you’d put your finance team in their own office. It improves the integrity of your network assets by ensuring that, even if your network is breached, the attacker can’t reach the segmented areas.

A virtual private network (VPN) serves as a dedicated and secure connection, between a device and a server, across the internet. A VPN connection encrypts all your internet traffic and then disguises it so it’s impossible to know the identity of the original device. This type of secure connection makes it difficult for cybercriminals to track activities and obtain your data. If you’ve ever connected to your work network from a public Wi-Fi hotspot, such as at an airport, you most likely used a VPN. The VPN establishes a secure connection over an insecure public network. VPN providers have become very common not just for remote work scenarios but also for personal use.

Whether you’re setting up a wireless access point in your home or place of work, enabling encryption is critical to protecting against attacks. Wi-Fi Protected Access 2 (WPA2) is the most commonly used Wi-Fi encryption method. It uses the Advanced Encryption Standard (AES) to secure the connection.

In our modern world, people and organizations rely on connected devices to meet their most vital day-to-day needs. Devices access and store important business and personal data, while continuously collecting information about us. As a result, cybercriminals target devices to gain unauthorized access and control of valuable data, creating havoc to users and organizations. In this module, you’ll learn how to guard against device-based cyberattacks to protect data and mitigate the impact for people and organizations.

By the end of this module, you’ll be able to:

Describe what your device knows about you

Devices are an important part of everyday life and we depend on them for so many things. To do their job efficiently, devices need to capture, store, and share all kinds of sensitive information about us. We might not realize the extent to which we use some devices; they’ve become almost invisible to us. To protect the sensitive information to which our devices have access, we should be aware of how we’re using them, either consciously or subconsciously.

When you hear about a “device”, what’s the first thing that comes to mind? You’ll probably think about the ones you’re familiar with, such as your phone, laptop, or tablet. Devices encompass a lot more than this. For example:

From our homes to our offices and everywhere in between, we come into contact with devices.